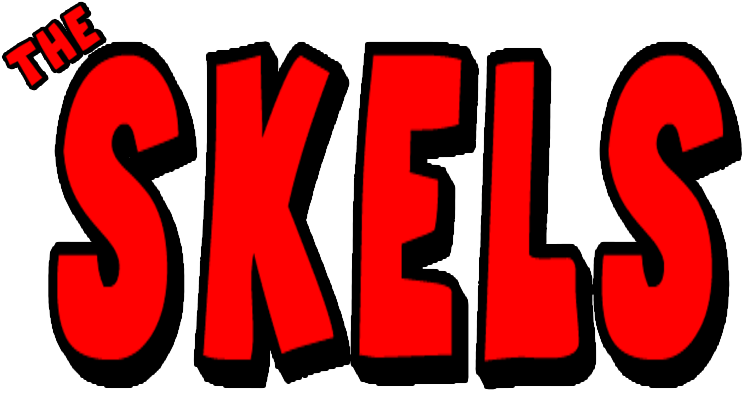 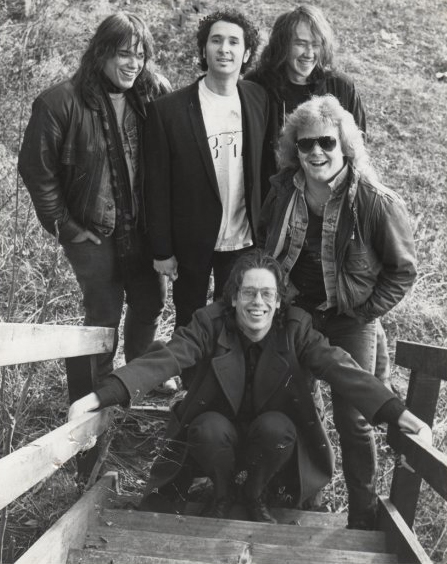 Christened THE SKELS, the quintet quickly recorded and released their debut album How Do You Like It Here Now? on their own Mystery Fez label. How Do You Like It Here Now? combined punky rock n' roll with contagious pop hooks and Murphy's biting aphorisms. The record garnered good press, and the single "Romp, Romp, Romp" got a good amount of college radio airplay. THE SKELS toured the Northeast feeling that rock superstardom was within their grasp.

The band's reputation grew. Live, THE SKELS could stomp through some barn-burners, delicately bare their souls or evoke guffaws from the audience -- often within the same set. Hafener might windmill power chords as Liquori's notes ricocheted around the room, providing Murphy -- drink and cigarette perpetually in hand -- the sonic cover for a version of "Get Right Back" by Maxine Nightingale. Or, from the CBGBs stage, Murphy might read passages from Suzanne Somers' classic Touch Me or lob handfuls of rubber toys into the audience. Comparisons to THE REPLACEMENTS were inevitable, but THE SKELS not only did whatever the fuck they wanted, they always delivered the goods. And they were loved for it.

Before bassist Borghardt left the band to get married, THE SKELS recorded Be With That, which wound up being released as a cassette. Other bassists came on, but the band drifted. It was during this period the still-unreleased full-length Sucks to Be Us was recorded. John ended up rejoining the group.

Then Colford left, and Al "Dente" Criscuolo, from local faves THE CRANKS stepped in, re-energizing the band. THE SKELS played constantly from more upscale venues like Nightingales in New York City to The Glass Apple, a Long Island biker bar.

Finally, there was interest from record labels, but A&R types were giving the band VERY conflicting advice -- for instance, some insisted that the band's sense of humor was perfect, while others pointed it out as "the problem." Ultimately, it was obvious "the suits" just couldn't figure out how to "market" THE SKELS -- but, then, how does one tie together many reflections of human existence with only one tidy bow?

The band continued to play and record, releasing the I'll Take the Low Road cassette, which was a mishmash of new songs, tracks from Sucks... and a shelved Sport Murphy solo album. A short time later, Under the Volcano fanzine's label, Winged Disk, co-released the "Then We'll See" b/w "Soon I'm Gonna Fall" 45 with Mystery Fez, and Pat Boyle became the band's first manager.

Life happens, and eventually Sport disbanded THE SKELS because it was no longer fun. The last song the band played before going on hiatus in 1994 was Cheap Trick's "Surrender."

Evidence of A Struggle, a 20 track compilation overview of the band's catalog, was released on Mystery Fez in 1995. There is now a digital version of the album available through Winged Disk.

THE SKELS have played some reunion shows since, and are currently working on a new album.